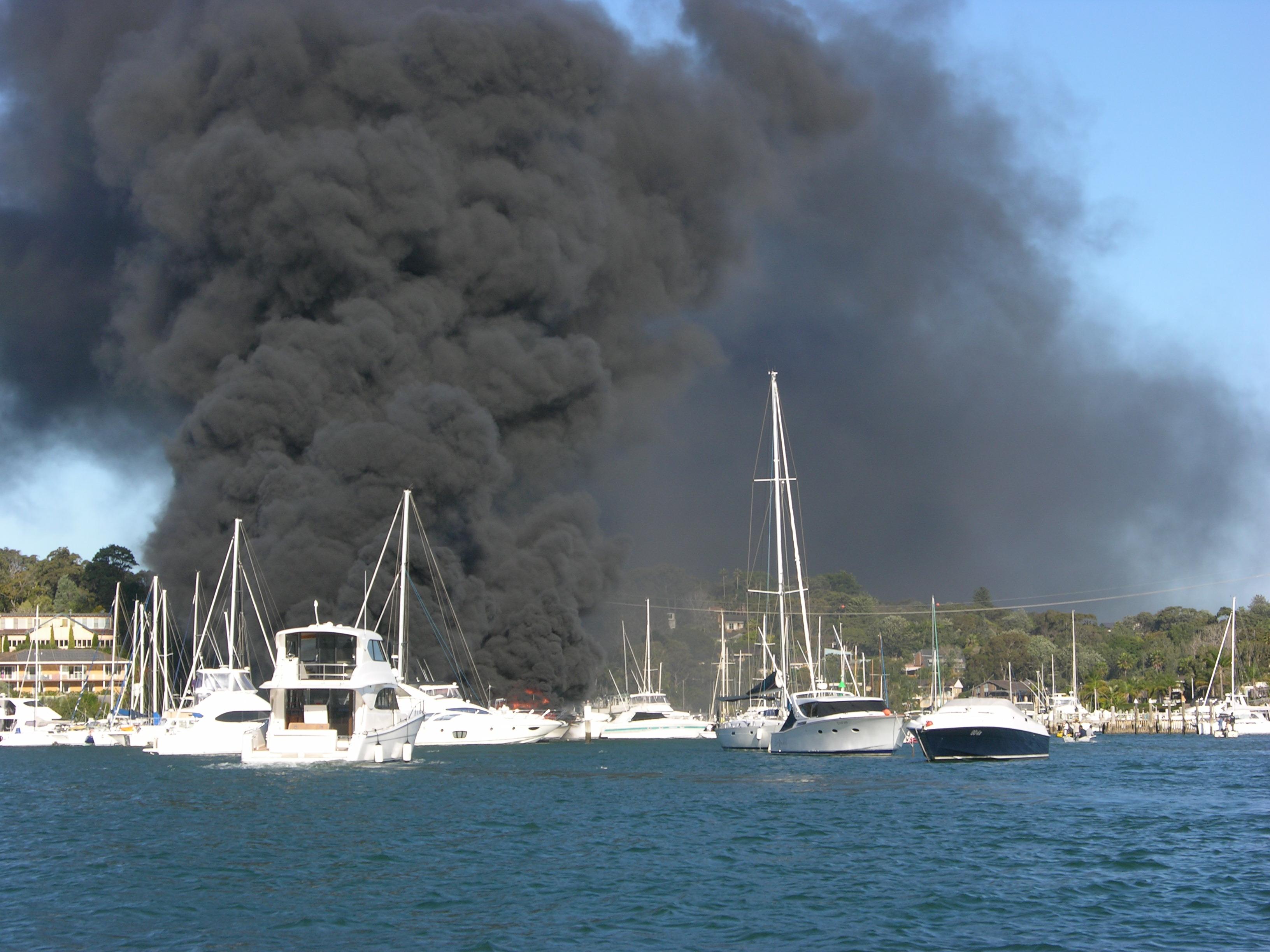 On July 22, a tragic series of circumstances and conditions converged at Newport Anchorage Marina in Newport, NSW and set off one of the worst boating accidents in local memory.

The disaster has been traced back to the 40-foot cruiser Paridisio 4 which exploded while an electrician was working onboard. The electrician, who was treated for head injuries and smoke inhalation, would later tell police that he was knocked unconscious by the blast, but was able to escape before fire engulfed the boat.

As the Paridisio 4 burned, the flames were fanned by a strong 25-knot northwesterly wind, melting the nylon mooring ropes holding the boat to the pier and setting off a sickening chain reaction. Paridisio 4 was blown sideways into an 18-month old Riviera 52 which was immediately overwhelmed by fire, and it too quickly came loose from its berth.

As the devastating fire raged on the pair of drifting boats, they were blown sideways into a third craft. From there, the nightmarish scenario only got worst. The three burning boats, all completely adrift, floated down the bay, striking three more vessels, a wharf and a floating pontoon, all of which also caught on fire.

Plumes of black smoke could be seen as far away as Gosford on the Central Coast, 80km to the north. Marina staff, residents and local tradespeople frantically scrambled throughout the marina, working, with whatever tools available, to extinguish the flames and limit the scope of the destruction.

As most of the boat owners were on their way to the marina, Club Marine said its NSW State Manager, Andrew O’Reilly was already there, along with marine assessor Darren Williams.

“I just wanted to introduce myself to the owners and give them my card,” O’Reilly said. “I was just trying to get my name out there and to tell them: ‘hey, we’re here if you need us’.” Thanks to his efforts, Club Marine said that every affected Club Marine member (except one, who was overseas), was contacted within two days of the event.

The company said O’Reilly did all he could to fast-track the Club Marine claims, and his efforts didn’t go unnoticed.

“I have nothing but praise for the way Club Marine handled this,” said John Wheatley, owner of a Riviera 52 that was completely destroyed in the blaze. “One lesson my wife and I learned is: the cheapest insurance is not always the best insurance. The insurance company that’s there to help you through that financial situation is the insurance company you stick with.”

The fire happened on a Wednesday and on the following Tuesday, Club Marine said O’Reilly drove out to the Wheatley’s house and presented John and Jill with a pair of tickets to the 2009 Sydney International Boat Show, two Club Marine hats and a cheque for the purchase price of their lost boat.

A few days later, the Wheatleys purchased a 48 Maritimo, reinsured with Club Marine and got their dreams back on track.

“We’re naming the new boat Crackerjack,” Wheatley said. “I’m pretty sure we’ll still make it to the Whitsunday Islands. Our aim is to go up there and do all the things that we’ve always wanted to do. Go up there and ‘live the dream’.”