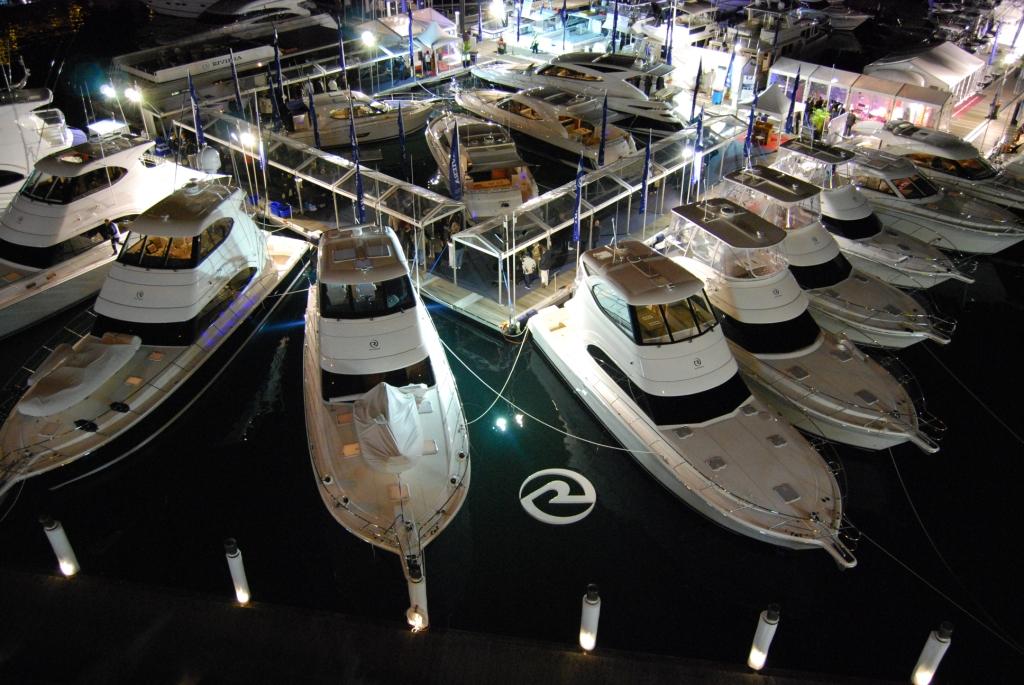 Riviera’s chief executive officer, John Anderson said the results proved there was strong support for Riviera in the current market.

“We enjoyed huge success at this year’s Sydney International Boat Show, the results were the rewards of continued investment in new-model development and current model innovation,” said Anderson.

“It’s an exciting time for Riviera with eight boats sold at the boat show and two boats sold immediately following the show after the completion of sea trials," Anderson said.

“The future is promising and we are moving ahead in all aspects of our business, including Riviera Syndication who enjoyed overwhelming success at the show,” he said.

R Electronics managing director, Errol Cain, was overwhelmed with the success at this year's boat show.

"This has been the most positive and encouraging response that I have seen at the Sydney show in the past five years," said Cain.

"R Electronics has introduced several new and exciting products, such as the Lumitec LED lighting for which the company is the sole Australian distributer,” he said.

Riviera Syndication chief executive officer, John Russell said the results showed that there are good signs that confidence is beginning to return to the luxury boat market in Australia.

“By the third day of the show we were able to confirm our order for a new 5000 Sport Yacht to be based on Sydney Harbour,” Russell said.

“This was a great achievement for us because it marks our launch into Sydney. It’s been a tremendously successful boat show for us as we have several other new Riviera boats planned for both the Harbour and Pittwater. Sydney show exceeded our expectations,” he said.
Anderson said it was positive to see sales right across the Riviera range of Open and Enclosed Flybridges, Sport Yachts and Offshore Express boats.

“We were thrilled with the level of international support with a 5800 Sport Yacht sold to a new New Zealand client and a 47 Flybridge headed for Noumea,” said Anderson.

“One of the highlights of the Sydney boat show was the sale of the 61 Enclosed Flybridge to a very loyal Sydney client who has owned several Riviera’s over recent years. This level of repeat ownership is very common among the thousands of satisfied Riviera clients.

“Overall, it was an outstanding result and a sure sign that Riviera is very much the brand of choice in the domestic luxury power boat market,” Anderson said.

The boatbuilder said the ‘I Love Riv’ team was a huge success at the show with more than 7000 I Love Riv stickers being requested by visitors to the Riviera stand.

Riviera said the launch party held on the floating display on Saturday night attracted more than 250 owners who showed their support and dedication to the company while inspecting the latest expressions of the company’s innovative designs.