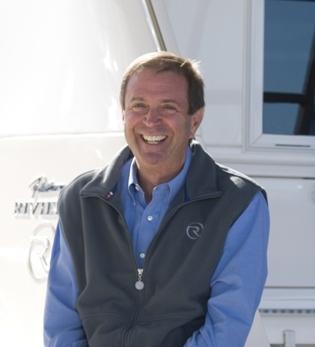 Riviera Focuses on the Future

One of Australia’s largest luxury boatbuilders, Riviera, says it has made considerable progress in the eight weeks since the voluntary appointment of receivers on May 8, 2009.

Since the appointment of receivers and administrators, the company said it has received strong support and encouragement from its global owner and dealer base along with hundreds of suppliers, many of whom have publicly stated their desire to see Riviera succeed and continue to grow.

The company is currently being restructured in order to survive the current economic climate, and this has taken the form of re-energising and rationalising the supply chain, staffing levels and external contractors, streamlining administration functions and driving greater efficiencies in manufacturing. The net effect to date has resulted in manufacturing being back on line with completed boats again being delivered to the company’s dealer network, said Riviera.

“The reality is that we have had to alter the business from a growth phase structure to a more nimble organisation better able to operate competitively in the current market. Today, we have a far flatter organisational structure at Riviera,” said Riviera CEO, John Anderson.

“I am pleased to confirm that during the restructure period; more than one new Riviera has been sold per week since the appointment of receivers and administrators,” he said.

At the same time, Riviera said its drive to continually innovate the design of current and new models continues unabated.

Interest levels and firm sales of the new 5800 Sport Yacht with triple Volvo Penta IPS pod drives, has been considerable given current market conditions, said the company. To date Riviera said it has signed contracts for eight of these new models including the sale of a 5800 Sport Yacht to Italy for delivery in early 2010.

In preparations for the Sydney International Boat Show (July 30 to August 3), the company said its design and new model introduction teams are involved in the final manufacturing stages of three new models, which will be officially launched in Sydney.

Riviera said it will unveil the 5000 Sport Yacht with the new Cummins MerCruiser Zeus pod-drive system, an enclosed 51 Flybridge with triple IPS drives and a considerably enhanced flybridge design for their popular 47 enclosed model. In addition, the boatbuilder said the 5800 and 3600 Sport Yacht, also with the IPS pod drive system, will make their Sydney debut at the show.

Riviera says it will make a strong statement to the market in Sydney with its 2500m², 14-boat display — the largest single exhibit at the Darling Harbour based show. More than $21 million of new Riviera boats from 38ft to the company’s flagship 70ft fully enclosed flybridge, will be on display, added the company.

Also at Sydney International Boat Show, Riviera said it will have senior designers and representatives from the company's new Motor Yacht partners on hand to discuss the many options this new addition to the Riviera range offers. Three new Motor Yacht models have recently been announced in 73, 78 and 85 feet in length.

The display at this year’s Sydney International Boat Show will be a Riviera brand display. Earlier this week, Riviera announced plans to focus exclusively on the development and manufacturing of the Riviera brand of boats for its large client base and dealer network around the world. As a result, effective July 1, 2009 the company separated from Princess Yachts and Grand Banks Yachts as the distributor for Australia and NZ.

“This distribution separation will allow Riviera to single-mindedly focus on our future. Creating innovative, world-class boats has made Riviera Australia’s most awarded boatbuilder and an international iconic boating brand,” said Anderson.

“It is our 4500 passionate Riviera owners, our 29-year heritage and our presence in more than 30 countries that has generated the considerable interest we are receiving regarding the future sale of the business. While at this point no formal process of sale has commenced, we are encouraged by the interest of others who share our vision for quality and our brand,” he said.

Riviera also announced earlier this week that the Experience Centre located at the company’s Coomera Gold Coast facilities has re-opened following a refurbishment. The 240m² retail store features a $150,000 state-of-the-art marine electronics display, boat interior design studio with resident interior décor consultant and a display of thousands of colour and fabric samples. The Centre also houses a Riviera lifestyle store with clothing and giftware, while a spare parts service, adjacent to the Centre, supports Riviera boat owners who are upgrading or refurbishing their boats.

“Our single-minded focus, recent new boat sales, the launching of our exciting new models, our strong presence at major boat shows and the reopening of the Experience Centre are all visible signs that for Riviera, business is returning to normal,” Anderson said.