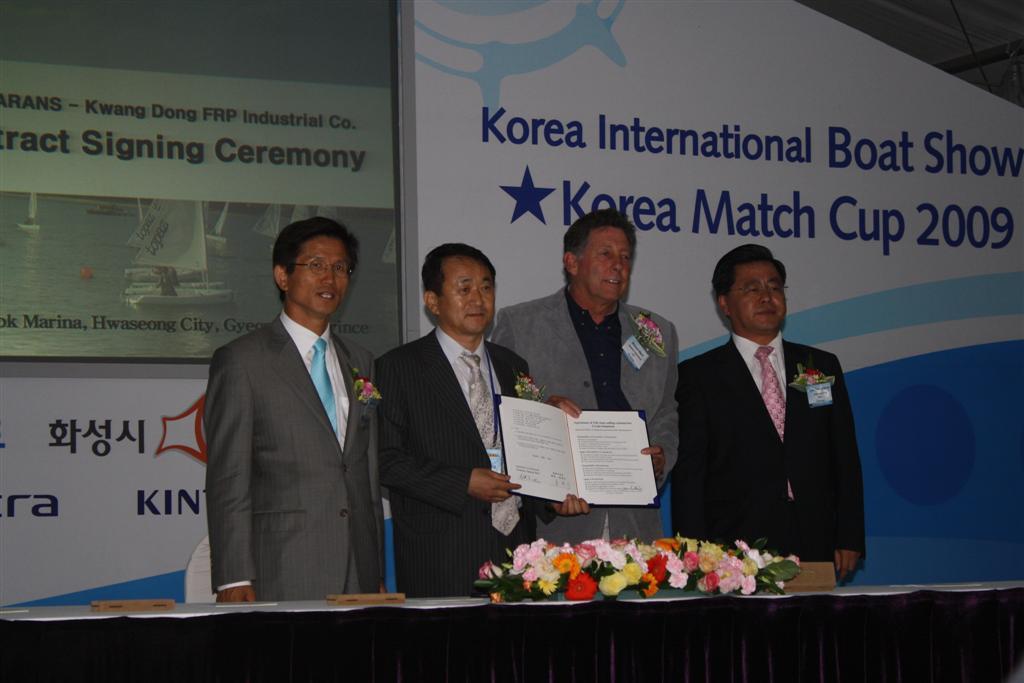 The Australian International Marine Export Group (AIMEX) said it had a strong presence at the Korean International Boat Show last week, with all companies reporting a positive experience and interest in Australian-made products and boats high.

AIMEX continues to forge the Australian brand in these emerging markets thus paving the way for future business when markets start to mature.

The Korean International Boat Show, hosted by the Gyeonggi Province and held from June 3 to 7, was the second year running that AIMEX has attended. The show was held in the Jeongok Harbour in Hwasung City.

AIMEX said Gyeonggi Province has a clear vision of developing a strong leisure boating industry and has for the past two years invested considerable money in an effort to set the ball rolling.

“It is very evident that they are serious about this strategy given the large subsidies given to attract visitors and exhibitors to the show, the huge investment in infrastructure for the show and the fact that there has been more investment in the development of the harbour and marina facilities,” said AIMEX.

MaryAnne Edwards, AIMEX CEO said: “A key driver for the companies attending was the fact there were very attractive subsidies to attend and therefore a great opportunity to research the Korean market and get the Australian brand known to ensure that when the tide does turn in Korea, Australia is established in the market place.

“It is also important to understand that the Asian boating culture is different and in reality, it is going to take a long time to have any established leisure boating market. There is still very low acceptance of leisure boating in Korea currently, but the province is certainly doing their best to educate the children and general public. It was also evident looking at the boats in the marina that there needs to be a lot of education of people regarding how to maintain their boats,” Edwards said.

This year’s Korean show attracted 438 companies (not all exhibiting) representing 21 countries. AIMEX said its members who attended advised they were happy with the interest they received and were surprised that the Show had attracted visitors from a number of countries around Asia and the Middle East. Edwards said there was an increase in the number of international brands displaying their product or simply visiting the show.


The Korean Boat Show conference was said to be a valuable part of the show. Held over two days, a variety of speakers covered topics from the global economy, lean manufacturing, clusters, marina developments, Asia leisure boating market, marine tourism, R&D in the marine sector, and composite boat building.


It was suggested the Asian economies will be the first to pull out of the recession and that their government stimulus packages have had much greater affect than western countries.

AIMEX CEO Maryanne Edwards paid tribute to the organisational work undertaken by Tim Coventry and his team from the UK to once again make this event a valuable experience for Australian companies.