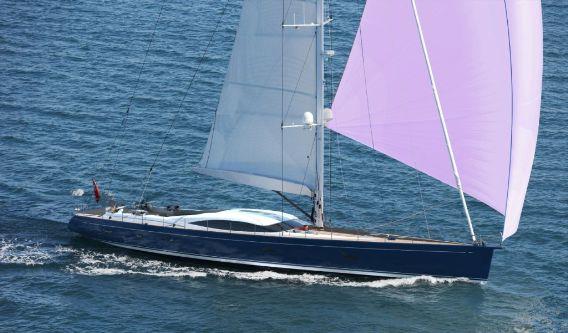 Performance Yachts has announced Newcastle-based boatbuilder Azzura Marine as the appointed build partner to its new range of high-performance sailing superyachts, including the PY-115 and the
flagship PY-125.

Azzura Marine principal, Iain Murray AM, said he was excited at the prospect of further expanding the group’s marine interests.

“This agreement will effectively combine the knowledge and talents of Performance Yachts, Azzura Marine and Dixon Yacht Design to deliver a finely crafted, contemporary range of high-performance sailing superyachts to the world,” Murray said.

The PY-115 and PY-125 will be built at Azzura Marine’s superyacht new-build and repair/refit facility at Newcastle, 70nm north of Sydney. En route to some of the world’s most stunning cruising destinations, the Azzura Marine said its facility is capable of accommodating yachts up to 120m, with minimal draft and no air-draft restrictions.

In arriving at his decision to appoint Azzura Marine, Nicolle stressed the importance of finding a builder that was experienced in using the advanced construction materials and methods required to construct the Performance Yachts range.

“With Southern Ocean Marine building our PY-100 and PY-109 models and Azzura Marine the PY-115 and PY-125, I am confident that Performance Yachts has two of the world’s top boatbuilders producing our yachts,” said Nicolle.

Designed by Bill Dixon and his team at Dixon Yacht Design the PY-125, like her sisters, is said to be a thoroughly modern, light but immensely strong fast-cruising yacht, which offers sumptuous accommodation for owners, guests and crew, and will be more than capable of making her presence felt at the world’s top superyacht regattas.

Azzura Marine said the PY-125 will be available with the unusual, but highly effective lifting keel option, as seen on the PY-100. This it said is not a customary feature on such a sleek yacht, but it succeeds in minimizing her draft to a shallow 3.75m with keel up and a hydro-dynamically efficient 5.25m with keel down.

The announcement of Performance Yachts’ expansion of its range to include the PY-115 and PY-125 came only weeks after the successful trials of its PY-100 model. Performance Yachts said it will release details of its full 2010 model range later this year.

Photo: Performance Yachts’ new flagship, the PY-125, will be built by Azzura Marine at Newcastle.