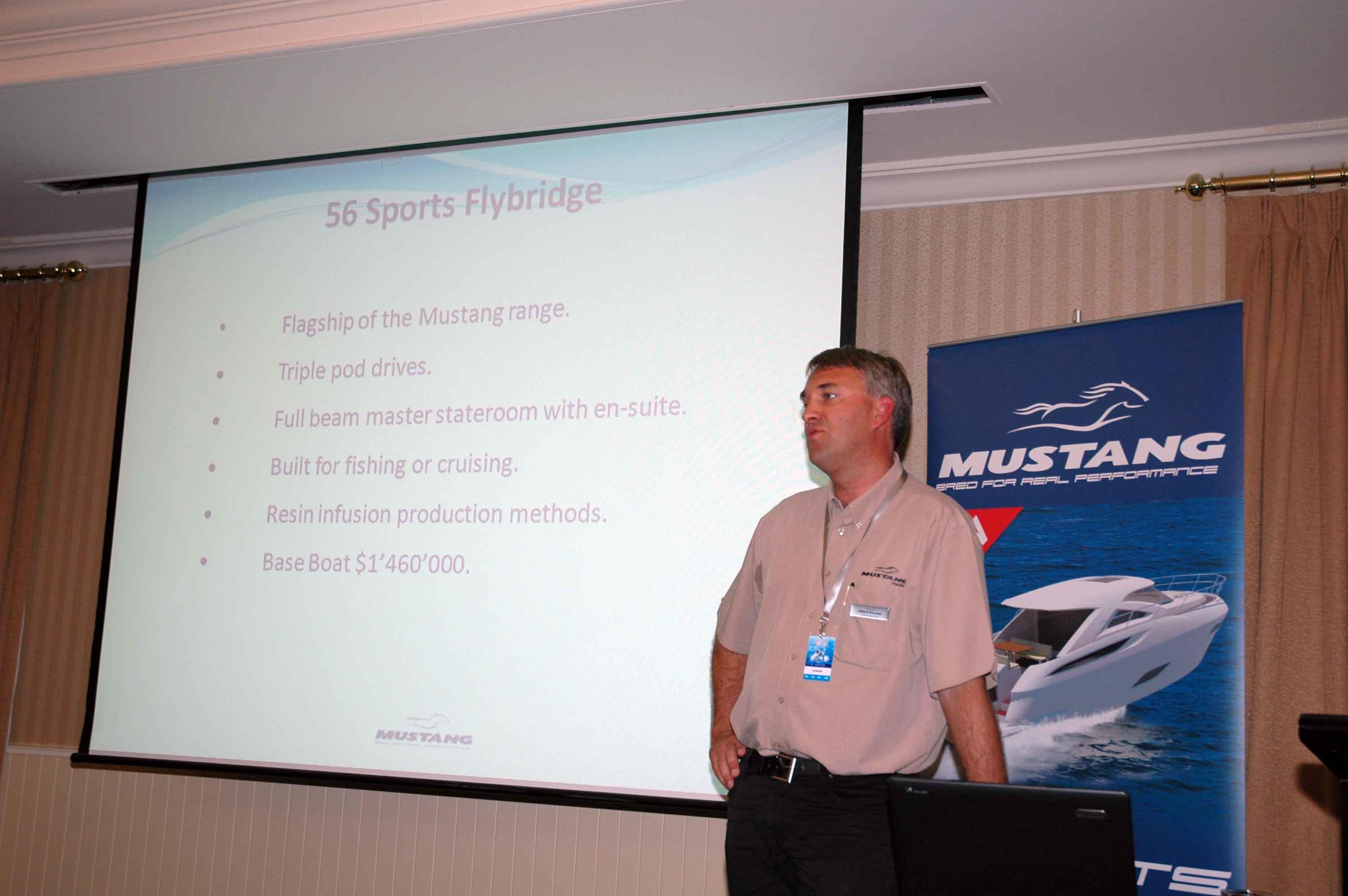 Meanwhile, Mustang Marine, which is owned by the Standard Bank of South Africa, is forging ahead with its own makeover after going into receivership itself in 2007. And what a difference a year or two makes.
The 430 Sports Coupe (pictured above, scroll through) that Tradeboat tested in our 389 issue on sale June 3 is the best Mustang we have ever driven and lunched aboard. But today Mustang said that the 430 Sports Coupe was just the tip of the iceberg.

General Manager Chris Heaton (pictured above today at the press conference), a Kiwi-born boatbuilder with a finger on the pulse, spoke about the second phase of Mustang’s exciting reinvention.

Mustang is also talking about the adoption of new technology in its boats including the 430 we tested: touch-screen boat control systems, filters in the bilge pumps to prevent oil being sent into the ocean, and, a new one, resin infusion construction.

Mustang says it is strengthening its Australian dealer network, working with customers, and expanding into overseas markets. We are told the order book is out to three months. And there is a new client finance service.

In respect of new models, the boatbuilder is looking globally rather than just locally. So what’s hitting the water in months to come?

The new 480 Sports Euro, which has a base price of $859,000 and a cool Euro low-profile flying bridge and look, will hit the water in August in time for the Sydney International Boat Show, hopes Mustang.

We also hear that Mustang has been having discussions about building smaller boats than the 2850, which it hopes to release at the Sydney International Boat Show opening July 30.

“These smaller boats are the cornerstone of Mustang,” explained Chris Heaton, MD, adding that the company’s owners’ events called Mustang Lifestyle rallies have been really popular.