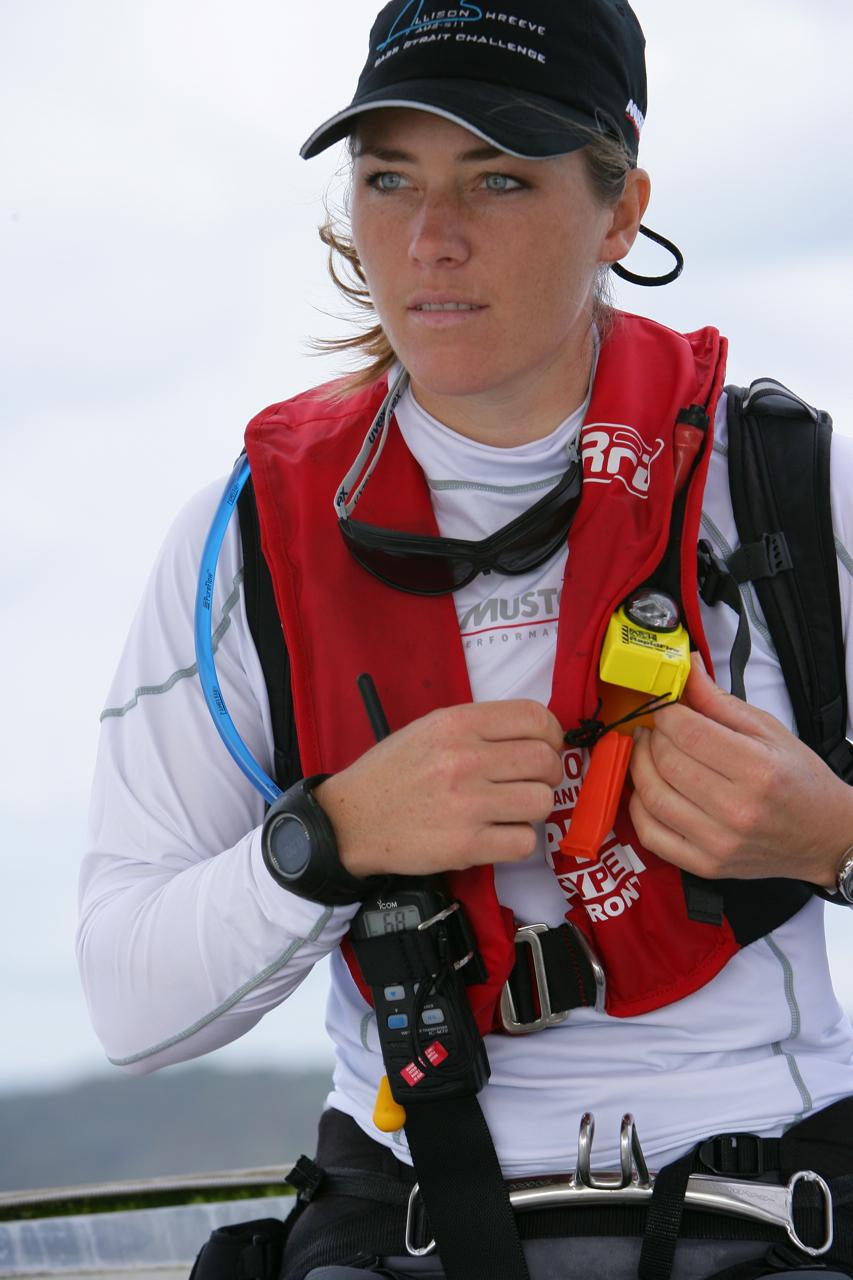 The world’s number one female windsurfer, Allison Shreve, has failed in her bid to become the first woman to cross Bass Strait on a sailboard.

The Sydneysider was only 80km from the town of Inverloch on Victoria’s southeast coast when leg spasms and mild hypothermia forced her to quit the challenge on Thursday (March 26) evening.

Shreve, 27, left Stanley on Tasmania’s northwest coast at 7.30am that morning. Racing at speeds around 26kmh, she was on target to shatter the 17-hour record for the crossing and due to arrive at Inverloch after 6pm.

It is understood Shreeve began to cramp up in strong winds shortly after leaving Stanley and had taken a break early in the attempt before soldiering on. However, leg spasms close to her target made it impossible for her to complete the 250km trip.

The champion windsurfer got onboard her support vessel and landed 40km northwest of Inverloch at San Remo on Western Port Bay’s eastern entrance later that night.

Shreeve whose attempt was to raise $100,000 for Coastcare told reporters before leaving Stanley: “Crossing Bass Strait is no small feat or to be taken lightly.”