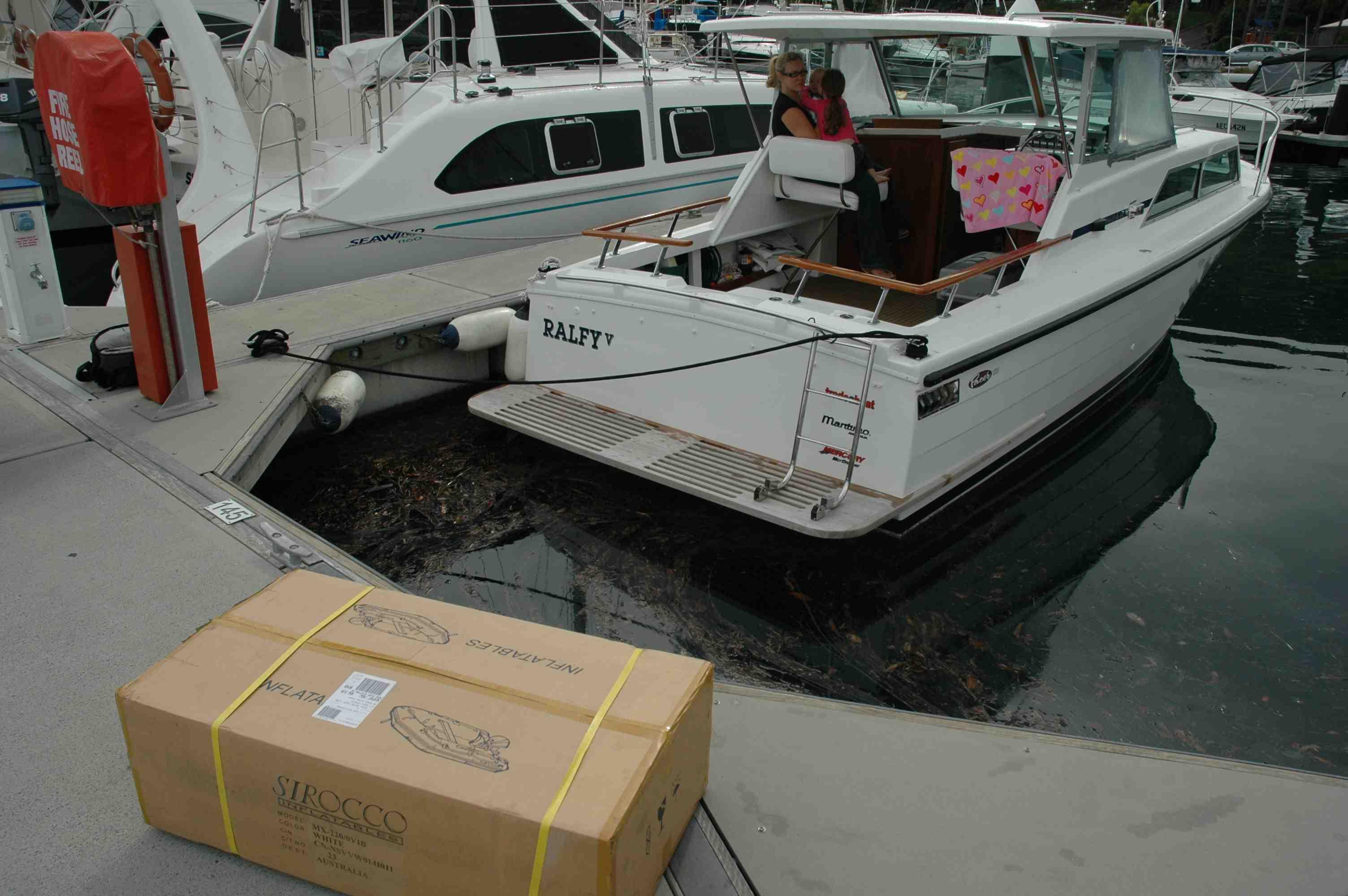 Our editor David Lockwood and family are spending Easter aboard Ralfy

on the Hawkesbury River and tributaries.

He reports: "What a difference a day makes. Yesterday in Cowan Creek, Sydney's mecca for holiday boaters, the sun was shining and life was good. We tracked down a couple of other 1970s-era boats, rafted up in Ralfy V, and toasted a glorious sunset.

You can read all about boating through the decades in coming issues of Trade-a-Boat.

"Meanwhile, it's torrential here at 8.30am on Easter Monday, as everyone's down below or back inside doing breakfast at their galleys," says David.

Before heading off repairwork was made to Ralfy's side windows after
after coming loose during the truck trip from Maritimo Gold Coast to Sydney.

At the same time, a Sirocco tender was delivered and inflating proved child’s play, as shown by David’s daughter Summer in the photos hereabouts.

“The little 'Roc blowboat pumped up like a treat and with inflatable keel it rows really well. And we got the windows fixed on Ralfy mothership,” said Lockwood, who sent us a few pics
last Wednesday.