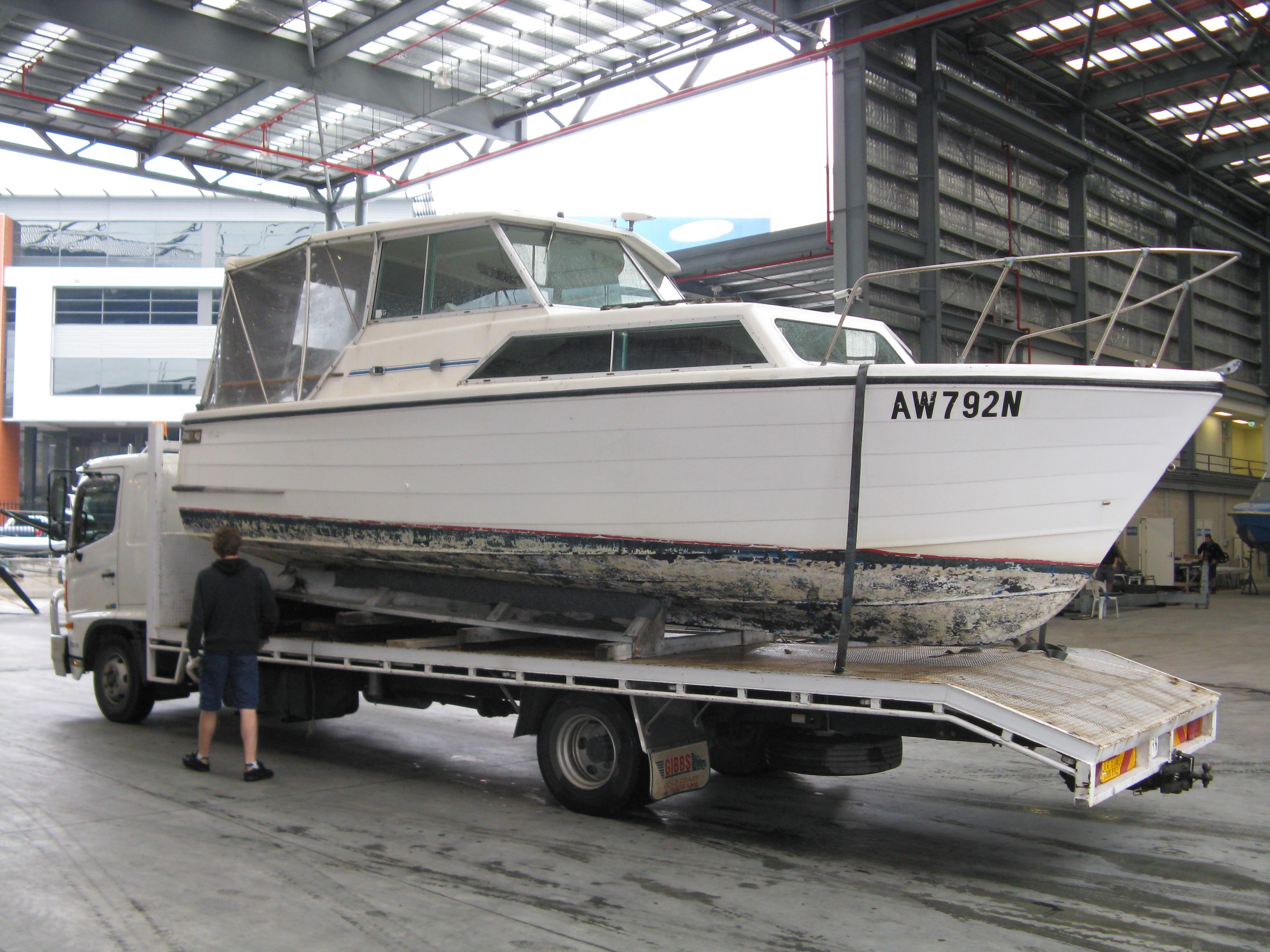 For everyone — the feedback has been almost overwhelming — who's following the travels, ensuing trials and tribulations of our project boat, a 1976-model Mariner Pacer 760, here's the news.

After hauling the boat out of the water, as we detailed and documented in our last issue of Trade-a-Boat

(issue 403),
Ralfy IV had been lying in wait on the hardstand at Sydney City Marine.

We organised to have the old fuel removed from the tank and yours truly has removed all the junk that's accumulated onboard after 34 years of pleasureboating.
And now the truck has arrived.

Our project-boat partner Maritimo, whose principal Bill Barry-Cotter originally built Ralfy IV all those years ago, last week sent a truck to Sydney with a pile of gear for the annual boat show.

Ralfy IV has been backloaded and transported on that same truck to the Maritimo factory on the Gold Coast. It's there that Trade-a-Boat's editor David Lockwood, and Bill Barry-Cotter will have a meeting of minds and come-up with our restoration and rebuild plans and program.

So watch this space for the next installment in our project boat. Things are about to get interesting. The serious work is almost underway.