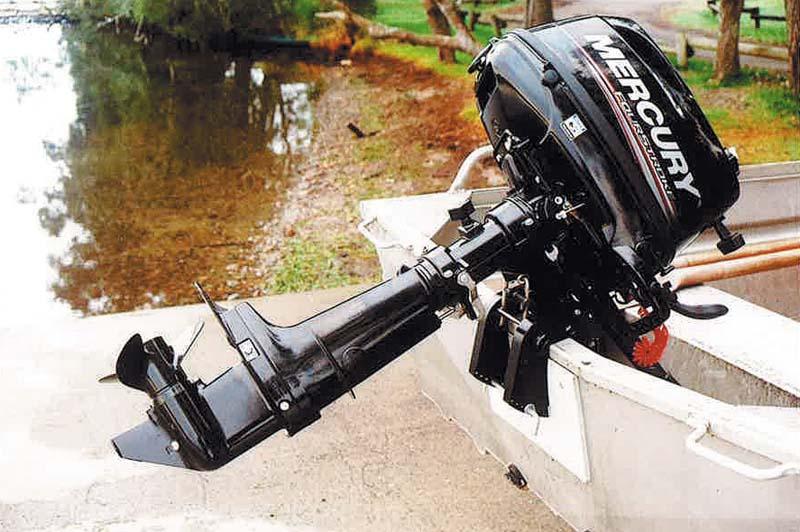 Since the advent of the internet, most recreational boaters have changed their buying habits. Boat dealers around Australia tell me that boaters wanting to upgrade their boat/motor/trailer packages tend to go online and make their purchase decisions after comparing boat reviews, while the outboard motor brand remains a secondary consideration. They’ll also travel long distances to buy the boats they want instead of going to a local dealer.

Guide to small and portable outboards

To reduce the BMT price, particularly with entry level boats, many dealers “package” a boat with carbureted two-stroke outboard motors (up to about 90hp) instead of low emission marine engines. However, boaters who care about the marine environment are changing their buying habits, even in the 51-90hp range. As recently as 2005, 51 per cent of outboards sold in this class were low emission engines. Three years later it was 81 percent. Buying habits have changed dramatically, so where do you start if it’s all new to you?

Pay more but feel better: If you buy a boat from a dealer that sells only low emission outboard motors, such as Evinrude E-TEC or Honda, you have to accept a higher purchase price as the trade-off for a cleaner environment. Them’s the facts so learn to live with them.

Weigh less, go harder: But you can still choose the amount of power to match the boat’s intended use. For example, any Honda four-stroke outboard weighs substantially more than a comparable-output carbie two-stroke. If you’re considering a 3.5m tinnie rated to 15hp, or 58kg on the shortshaft transom, go for the BF10 Honda over the BF15. The latter is a de-rated 20 and weighs around 50kg, which will create fore and aft hull trim problems and severely reduce freeboard at the transom.

The Honda BF10 outboard weighs 40kg and its planing performance will be better since there’s less weight on the transom. Also, your trailer won’t kark it in six months because of a “bending moment” — caused by an engine weighing two thirds of the bare hull weight.

There’s no substitute for grunt: With larger trailerboats, if you have a choice of two engines based on the same powerhead, choose the more powerful engine. Why? A 4.5m aluminium runabout might be rated to 50hp or 120kg on the transom. But since both the Honda BF40 and BF50 weigh the same (102kg), buy the 50. It won’t provide more torque below mid-range rpm but its superior power in the upper rpm range means it won’t work as hard at planing speeds and will use less fuel. More cubes but less fuel consumption. Who’d a thunk it?

E-TEC outboards have less effect on the transom compared to most comparable-output four-strokes, but even the 25 may be 30 per cent heavier than a carbie two-stroke 25. If your 4m tinnie is rated to 30hp, or 90kg on the transom, buy the E-TEC 30. The additional power and torque over the 25 will compensate for the extra weight on the transom. And again, fuel economy will be better at planing speeds.

When is too much horsepower too much?

Dealers selling Mariner/Mercury, Suzuki, Tohatsu or Yamaha outboards have a mix of two and four-strokes.

Since carbie two-strokes are relatively light for their output, don’t buy the more powerful engine if two engines are based on the same powerhead. However, if you’re powering a 12ft (3.66m) tinnie, choose a 15 over a 9.9 because the 52 per cent greater output will make a huge difference to performance, without using proportionately more fuel.

If you opt for a four-stroke, such as Yamaha’s brilliant F9.9F (weighing 11 per cent more than the two-stroke 15F) it will provide adequate planing performance while using a lot less fuel than a two-stroke 15.

If your 4m tinnie is rated to 30hp, a 25 will be more than adequate. It weighs 50kg compared to the three-cylinder 30D, which at 61kg can create hull trim problems in a tiller-steered 4m tinnie.

An entry-level aluminium runabout such as the Stacer 429 Seahawk performs beautifully with a carbie two-stroke Mercury 30LW, while remaining reasonably economical. Opting for a four-stroke Mercury 30 adds 30kg to the transom, necessitates power trim and tilt, and seriously reduces freeboard at the transom (which in this case doesn’t have a splash well).

On the other hand, with its full width transom pod, a runabout like Stacer’s 449 Estuary Master easily handles a hefty four-stroke. Although the choice is either the three-cylinder Mariner/Mercury F40 or four-cylinder F50, buy the 40. It weighs 98kg compared to 112kg for the F50 which, for my money, is too close to the maximum transom load.

And if you like Tohatsu outboards? If your 4.5m aluminium runabout is from a Tohatsu dealer, and you want a low emission outboard, at 96kg the TLDI 50 weighs the same as the TLDI 40 but provides better top-end performance. It’s a no-brainer.