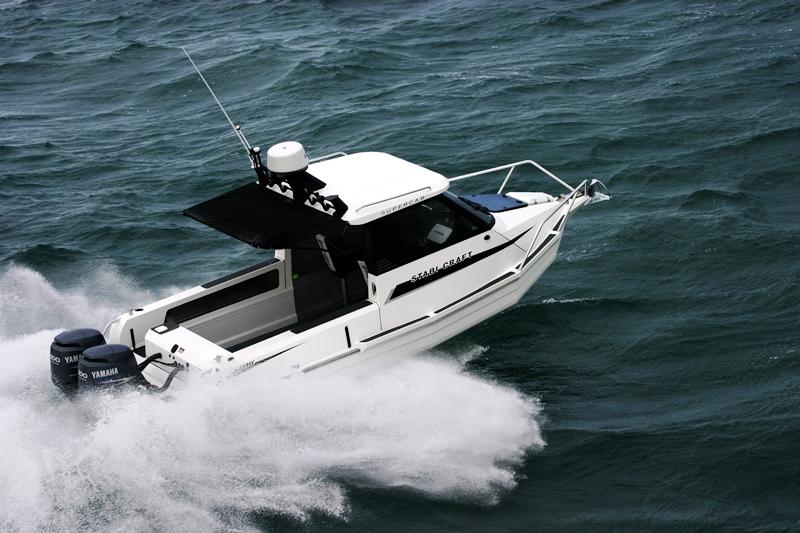 Eight Stabicraft 6.9 Supercab boats will be delivered to the Northern Territory Police Fire and Emergency Services, where they are expected to begin operations in late July. The Stabicraft 6.9 is the commercial descendant of the Stabicraft 659 Supercab.

The fleet of commercial Stabicraft boats is expected to see operations in harbours, in remote police operations, in search and rescue missions, and also support fisheries, marine safety compliance and general policing of the marine environment.

Each boat has a two-man crew and is expected to make daily voyages of up to 150nm (277km). The boats will be deployed over a stretch of coastline of no less than 10,953km.

Each boat is fitted with twin Yamaha 100hp outboard motors. Other marine equipment includes Stressfree anchor winches, gun lockers in bow (when was the last time you had one of those installed? – E ), Lowrance HDS-10 electronics, 4G Radar, VHF radio, roof spotlights and much, much more.

Each Stabicraft 6.9 Supercab had to meet Australian Maritime Safety Authority (AMSA) Standards. In doing so, the boats were built to 2C Survey Standard.

Like these tough boats? See what Stabicraft boats are on the market.