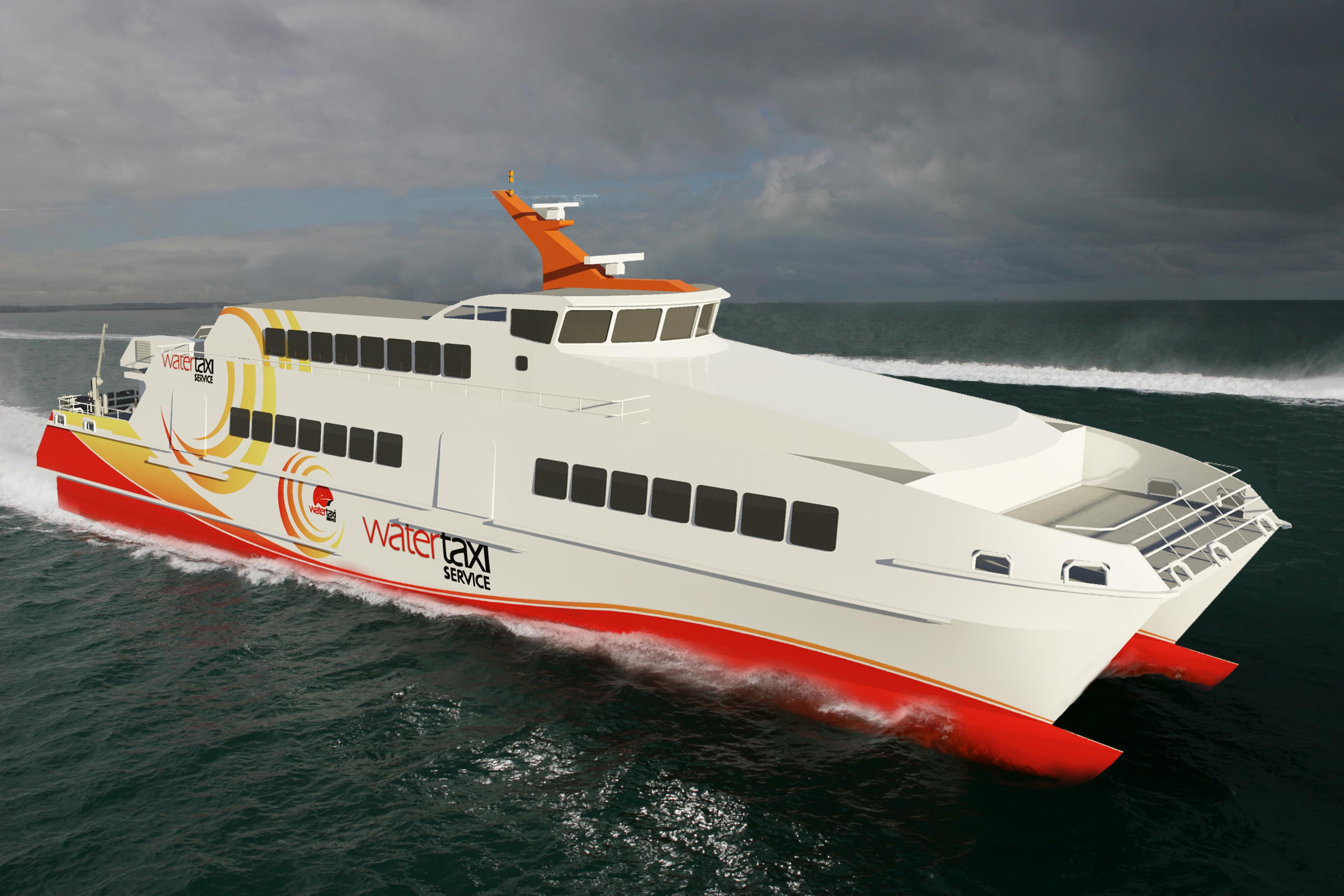 In its third significant commercial order for the year, Austal said it will design and construct four 41-metre high-speed passenger catamaran ferries for the Caribbean’s Republic of Trinidad and Tobago.

Designed to carry 405 passengers at a speed of approximately 37kts, the aluminium vessels are intended to help reduce road congestion in Trinidad and Tobago by establishing a water taxi service between San Fernando and Port of Spain in southwest Trinidad.

Construction of the four ferries will be shared across Austal’s Tasmanian and Western Australian shipyards, with delivery scheduled for late 2010. Included in the contract is a maintenance and training package which will see Austal deliver crew familiarisation and planned maintenance management.

“By offering a diverse range of commercial products — from passenger ferries such as these to the larger vehicle ferries ordered earlier in the year — we now find ourselves in the position of having a steady workload across all of our Australian shipyards,” he said.

Browning said Austal’s Tasmanian shipyard, which specialises in small to medium-size vessels, was well suited to facilitating the order following the recent completion of three 22m catamarans for the Queensland Police Service.

The vessels will be owned by Trinidad and Tobago’s National Infrastructure Development Company Limited (NIDCO) — a government statutory authority — and operated by external consultants. Austal said the international tender process undertaken by NIDCO called for proven vessels that could be customised to best meet the proposed service and be delivered within 12 months of contract effective.

Austal’s design is based on its 41m catamaran platform, two of which it said have been successfully operating in Norway with leading operator OVDS since 2003.

With a combined capacity of 1620 passengers, the four Austal high-speed catamarans are expected to reduce travel times between North and South Trinidad by almost two-thirds. The reduction in the number of cars on the road will also deliver environmental benefits with reduced vehicle exhaust and noise emissions, and reduces the need to maintain and expand major roads and highways.

“Experience from more than 80 similar ferry deliveries along with specialised facilities such as our Tasmanian shipyard allows Austal to facilitate the fast delivery of quality, smaller vessel fleets at an affordable price,” said Bellamy.

“This order is also a reminder of the ability of high-speed commercial ferries to provide an important public transportation service, increasingly relevant for countries seeking environmental and logistical solutions for key urban centres,” he said.

Passenger seating onboard each vessel is split over two levels, with the main passenger deck featuring four passenger entry points, a central kiosk and dedicated baggage compartment and bike racks. The vessels will be powered by four MTU 16V2000 M72 engines driving Kamewa waterjets and will be fitted with Austal Ride Control to ensure passenger comfort.

Austal said as well as performing an important water taxi service, the ferries will provide emergency backup for the existing inter-island service between Trinidad and Tobago. To meet this secondary function, Austal configured all four vessels with the capability to retrofit a forward mounted T-foil ride control system at short notice, allowing the vessels to operate in open, unprotected seas.

The Australian shipbuilder said the four-vessel order is set to expand Austal’s presence in the Caribbean country, which currently includes the design and construction of six fast-patrol craft for the Trinidad and Tobago Coast Guard, due for delivery in early 2010. Attached to the fast-patrol craft order is a comprehensive five-year maintenance and training package to be undertaken by Austal’s Trinidad and Tobago–based service representatives.

Austal said it has a further five vessels operating in the greater Caribbean region, including four high-speed ferries in Guadeloupe.